Do you have a favorite color? I do. Seeing anything in a shade of peachy-coral, pale or even bright orange can put me in my happy place, so you can imagine how big my smile was when I first read the news that Pantone had named coral the color of the year for 2019. 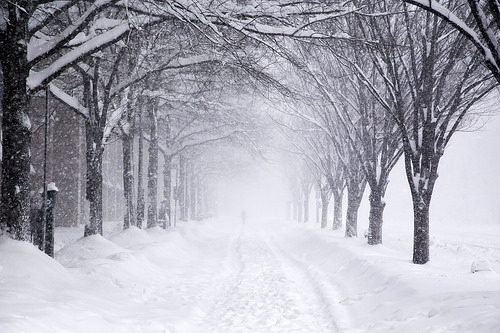 You know how sometimes we all get caught up in a snow-globe blurry whirlwind of shopping/baking/decorating/entertaining in addition to eating and drinking too much this time of year? Well guess what? I’ve found a cure for all that. It’s called take a trip.

That’s right. Leave the country, and don’t look back on your way out of town. And now that we’re approaching departure, I’m here to tell you that this is my year to do just that! Most likely by the time you read this, I’ll be at least one champagne toast and thousands of miles away enjoying a never ending flight [in United’s Polaris Club Business Class, no less!] to the land ‘down unda’ , aka Australia. Yep. A trip we’ve talked about for several years finally aligned with the sun and stars and a full moon and voilá! Tickets were purchased, plans confirmed, schedules rearranged, bags were packed [and repacked. . .] and off we go. It’s an epic adventure, for sure, and you can expect some good stories to follow in this blog about all those escapades and detours as we explore and discover not only Australia but also New Zealand and Tasmania. 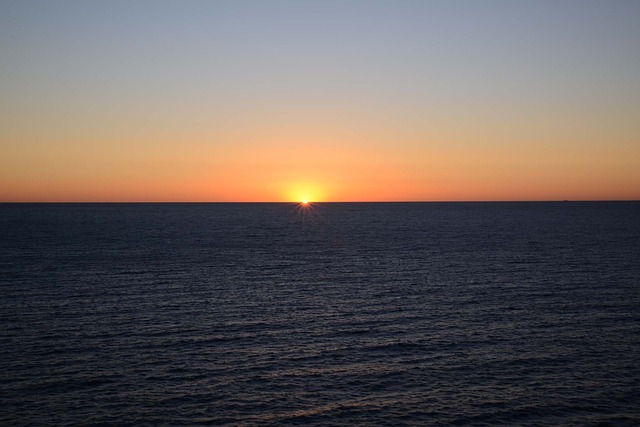 I’ve heard the silence recently and it sounded like this: “TML, we haven’t seen you post anything in a while. We miss your writing because shucks, sometimes it’s pretty darn amusing! Where the heck are you?”

[Pausing while I raise my hand]: “Right here in Las Vegas, working another meeting. Can you see me now?”

“Um, don’t blink because I just arrived in Indianapolis. . .and Chicago, now Ft. Lauderdale, San Antonio, Erie/PA, Orlando, Dallas, Detroit, Branson/MO, Atlanta, Minneapolis, Kansas City, and now back in Orlando again. Did I mention NYC? Well, I was there again, too…”

This is both hello and goodbye to all my Hospitality Hive readers! Sorry to report that the Orlando Sentinel made a recent decision to end the run of all our Hype Orlando blog columns effective April 30, so this is it.

The Hospitality Hive was created in 2014, and since then I’ve shared close to 100 blog posts covering topics that ranged from tacky tourists to really cool hotel events to the invasion of Chinese travelers in Florida. I shared my fun and educational experience as a pie judge for the American Pie Council annual competition and my enjoyment at attending a beer tasting dinner, which by the way was also educational but heck I’m not going to lie, mostly about fun. I told you about ice carving competitions held poolside at The Rosen Centre Hotel and shared with you details about my chosen profession which is as a meeting planner.

At first all I saw was that beautiful smile because, once launched, it pretty much occupied the majority of his face. But then I was drawn in by his eyes, although I’m not exactly sure what color they were as I couldn’t get over how they just seemed to be sparkling. Yep, this man had a serious twinkle going on from deep within those eyes making you wonder just exactly what they had seen.

As we met for the first time I naturally offered my right hand which he took with his before drawing me in to his chest for the most comfortable hug, the kind you just want to close your eyes and fall into having found a safe haven from whatever else was going on in the world around you. It was almost as if he sensed that you needed a good hug at that moment in time and that alone was the reason he had gotten up that morning to fulfill your wish. Weird, right? Eventually, the embrace ends. You take a step back, and in that one tiny moment you notice his arm has a tattoo. Suddenly things get awkward because you don’t know whether to actually look at that tat or quickly turn away to pretend you never saw it. That it couldn’t possibly be what you know to be true. In the end, you know what you saw, and it takes every ounce of strength you can muster to pull yourself together and continue on with your very first meeting of Henri Landwirth.

Anybody out there curious about what will await us when we check into a hotel room of the future?’

I am, which is why that headline caught my eye from a recent industry read. Sure enough, some trends are fairly easy to predict because we’re already dealing with some of these projected changes (remote check in via a mobile app and/or self service kiosks, keyless room entry, etc.). But others might surprise you. . .

What if there was an active shooter in a convention zone?

We all now know IT can happen anywhere, and every time it does the very first person interviewed says “Gosh, we just never thought it would happen to us ‘here [fill in the blank].”

And yet it does, and the reality is it will continue.

Because I travel a lot, I get to stay in and explore many different types of hotels. In fact, you could say I’ve seen the good (Hello, JW Marriott!), the bad (did I actually stay at a beach dump called the Very Pleasant & Happy Hawaiian Inn?), and the exceptional (please don’t make me go home Mr. AAA and 5 Diamond Broadmoor Resort in Colorado Springs! I can’t bear to ever leave you…)

And even though many things in a hotel room are predictable, I’m still frequently pleasantly surprised when exploring a new room, even if the hotel is part of a standard chain where you would expect consistency in every room you visit. But I’ve found that what sets most hotels apart are the small unexpected touches that make you stop and pause, many times with a smile.

Listen up PI lovers. Today is your day! Woot-woot!

Working in the world of meetings and conventions where exciting things are always happening, I tend to take some things for granted. Perfect example was when I recently explained to an out of towner that all of the four groups I had just managed here in Orlando had chosen to have evening events at one of ‘the Big Three’.

“Huh?” was the reply from the puzzled friend.

“You know, Walt Disney World, Sea World, and Universal Orlando. Each client had a special event at one of them.”

“Wow! You can host private parties at those places?”

Oh yes they did! Hard to believe it was already one year ago when I attended the first of these events, and now I’m so excited it’s coming back for round two on December 16. What I’m referring to is Rosen Plaza’s Iced Out holiday event wherein local top chefs put their chainsaw skills to the test, battling each other (not to mention the Florida weather. . .) by creating amazing sculptures out of huge blocks of ice. With a chainsaw. Poolside, at the Rosen Plaza. Now you see why the weather plays a part in this? Even on a cool night carving an ice sculpture outside can be tricky!

It’s different for everyone, but at some point there comes a time in your life when you really start to understand the holidays. I’m not talking about the surprising and many times disappointing Christmas discovery when ‘you know the thing’ (shhh!) about ‘him’. What I’m referring to here are all the other truths you discover about holidays in general – big, small and everything in between – fumbling through them one year at a time.

For instance, I’ll never forget how surprised I was when I had my first Thanksgiving meal away from home and realized that the delicious homemade stuffing my mother had been laboriously creating all those years from scraps of bread saved and held frozen for months actually wasn’t the best one out there. Mon Dieu!​

In 2011, 21 year old Marine Corps Sgt. Mike Nicholson was down and out. Wounded while on foot patrol in Kajaki, a village in southern Afghanistan, when he was hit with a 40 pound bomb hidden in the roadside he was patrolling.

I know what you’re thinking.  In a year where black is white and white is pink and kneeling is disrespectful – but not in church – and well, just about everything is contrary to what it was last year (pause while trying to remember if last year even happened and if it did, was it “normal?” and if it was, that’s actually a question better discussed during happy hour and not in a blog post), sigh, you’re probably wondering why I still have “the nerve” to write about an Italian restaurant on, mio Dio!, Columbus Day.   So let me be clear about my motive for this post because trust me, there is no political message involved here.

Sometimes life needs updating. With sooooo much going on recently, here-there-everywhere, I wanted to provide some updates on a few things I’ve written about (or, intended to write about. . .?) in the past.

One of our local gems, the Alfond Inn at Rollins, has been singled out as one of the Top 100 Hotels in the World by readers of Travel & Leisure in the poll known as World’s Best Awards 2017. Pretty impressive, right? Well, I’d have to agree, and here are just some of the reasons why I, too, love this little boutique property that is owned by Rollins College and found right here in our own posh backyard, aka Winter Park. 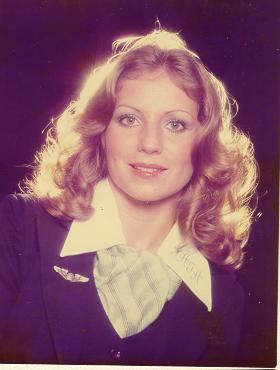 Some stories just have to be told. This is one of them.

​Not so many years ago… okay, that’s kind of a lie. It was many years ago, ahem, when I was a flight attendant. So many years in fact that the correct terminology back then was stewardess, and I still have an engraved charm on a bracelet to remind me of that. It was given to me by some stewardess friends to mark the occasion of my first flight as a stew and it says, appropriately, “I’m a Stew!”, and it’s dated Aruba-June 16, 1977 since that was my inaugural flight. And, while the job is basically still the same, I’m guessing that flight attendant is a little more politically correct/all inclusive these days. Regardless of the title, I was one, and as a result have some great stories from those days. This is that, and more.

What were you doing 16 years ago on September 11?

You can pick almost any other date on the calendar and most would be hard pressed to recall a daily digest from even one year past let alone 16 years.

You already know that Orlando is the No. 1 most visited tourist destination on the planet, right? But according to Cvent, Orlando has been named the No. 1 meetings destination in the country for the fifth time in six years. That in itself may not shock anyone who has braved the traffic on International Drive during one of those monsters exhibit shows like, perhaps, PGA that averages between 35-40 thousand attendees each year.

But the real news here is probably not that we’re No. 1. It’s that Cvent looked at bookings in over 5000 U.S. cities before proclaiming us the top dog. Yeah, that kind of makes it a big deal, right?

Some people dream of it, and I must confess, the thought (along with some level of curiosity) had crossed my mind in the past. But in all honesty, it wasn’t high on my ‘must do’ bucket list. However, now that I can cross it off as been there/done that, I’m willing to admit it was definitely one of the high points of our most recent trip to Italy!